What is an Azeotrope?

Ideally, when a mixture of two liquids is distilled the lower boiling material vaporizes first and is collected separately from the second material. However, sometimes the two materials form a constant boiling mixture and are collected together even though they have different boiling points. This is exactly what the Greek word azeotrope means, “constant boiling”.

When it comes to solvent recycling, this can prevent the collection of a pure solvent.

One easy way to prevent azeotropes is to segregate waste solvents. By not mixing different solvents together, the possible formation of many azeotropes is avoided. In fact good waste segregation is the foundation of any good solvent recycling program. 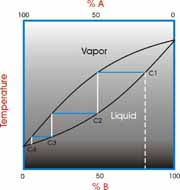 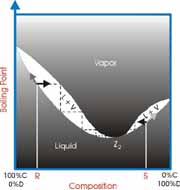 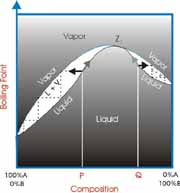